At Earth Beat 2023, we’ll be treated to the smooth sounds of Kiwi legends The Black Seeds, so we asked Daniel Weetman to sit down with us. We had a beautiful korero.

The Black Seeds have a special blend of reggae, funk and soul that has magically infused itself with the soundtrack of the Kiwi summer.

The eight-piece band has been jamming for nearly 25 years, cementing themselves as Aotearoa music icons. With aroha woven into their lyrics, it was fitting that we invited them along to Earth Beat 2023. We’re absolutely thrilled that they were on board and will be joining us.

We spoke to Daniel Weetman in the aftermath of the band’s incredible two New Zealand shows with Jack Johnson in December 2022. Buzzing from the connection he formed with Jack, and over the moon to be playing music again after a long period of lockdowns, Daniel was in the creative zone.

The Auckland-based musician chatted to us about creativity, self-care, and why we should all be doing more yoga.

Hi Daniel! How has your day been?

A. It’s been alright! I have a day job so I did that, and I had yesterday off because we played a couple of shows with Jack Johnson over the weekend. One of them was in Napier, so I travelled back to Auckland on Monday.

There’s a different sort of spiritual high that you get from playing with people that are like your brothers.

How great that you performed with Jack Johnson. How did that go?

It was incredible performing with Jack Johnson; he’s such an amazing man and is a really down-to-earth human.

We all met him at the airport as he was on the same flight as us. I got to chat with him when we were heading to the gate and then I was sitting next to him and we chatted for the whole flight about so many different things. Being fathers, family, writing music… It was really cool.

There are definitely some similarities between your music, right?

Yeah, I think for sure there are some similarities. There’s even more of a similarity between what Barnaby does with Fly My Pretties and what Jack Johnson does.

True. Your latest album, Love & Fire, was released this year. How has it been received?

It’s been well received. At least five or six tunes from the album have been put into our current show set list, and it just works. Having created 7 albums, some stuff just doesn’t work live or you can’t fit some songs into a set.

How do you decide what songs you include?

Well, with so many of us, making decisions and coming to a point where everyone agrees on what songs we’re going to play can be hard. For an album that was finished off during lockdown, the songs are working really well. There were big periods of being separated and doing Zoom sessions to work on ideas and finish things off. So it’s great we came out the end and people love the tunes.

It’s been such a long process that I think we’re all really excited about working on the next album, but right now it’s great to get this feedback. When we do shows like with Jack Johnson, there are people in the crowd – ‘cause we’re in our 40s now – who have grown up with us, so obviously they want to hear the classics, too.

When you’re performing, do you ever get nervous?

I think I do get nervous. I need to have my space before a show, to warm up and focus and get into that headspace. We all get nervous in our own ways, but you can always control that nervousness and turn that energy and use it onstage.

For sure. We’d love to talk about the importance of music. We’re bombarded with so much going on in the world right now. Do you think that makes music more critical than ever?

It’s always super important, and sometimes I forget because I get too focused on my day job or something I’m really worried about… With Covid, there were long periods of time not playing with the band, and there were even before the lockdown happened. Life carries on with family and other work and it’s like there’s this tension or hole that’s opening that needs to be filled. And then I go and play with the band and it’s ‘ah, yeah, how could I forget that?’.

There’s a different sort of spiritual high that you get from playing with people that are like your brothers. Even if we are just talking together or having a meeting, it’s like ‘ah yeah’, we have this energy. Playing with the band puts everything in perspective.

What do you feel, what is your mark on the album in terms of the central themes and general feel of it?

I think one song, ‘Meditation’, the honesty in it really has my mark on it. To reframe the stories that we tell ourselves; I’m not good enough, I can’t be loved, I can’t feel loved… and there’s a story that you keep on telling yourself and you need a lot of tools to reframe that story. When I wrote those lyrics it made me cry because it was what I wanted to say, it’s really true to how I feel. You worry that you sound a bit preachy, but I’m glad I was able to say that.

The music always comes back to love, and self-love comes first.

How do you feel your album is relevant to your audience in the year ahead?

There’s always a lot of truth in the lyrics and a lot of love and I like the obvious ways that Barney sings about love and tells his stories, I really admire that in his writing. Times have always been tough, right? And the music always comes back to love, with self-love being first. Trying to harness that, hold that every day. He’s a new dad and he brings that story into the songs which I think is really special. A lot of those things have been put into perspective during this time; the separation, in these times I’ve found more self-love and looking after myself a lot better. And then slipping and coming back to it. But I think those true stories either sustain or touch people now or in the future.

My sister always says that you have to make space for yourself. In lockdown, it was getting into yoga and going ‘okay I’ll do a few days of it’, and then it just carried on. I hadn’t realised how much tension I held in my body. I’ve ended up being a big pusher of people doing yoga. I do Wim Hoff breathing; I’d recently slacked off and then I did it this morning and was like ‘yup I’m definitely doing this tomorrow morning’.

Early this year I did a group session where we talked about how to love yourself and how not to go down these rabbit holes of thought. A friend of mine was talking about the group and I had a lot of resistance to doing something that might make me feel uncomfortable. But I did it and it was great. I need to do it again and again.

Just that experience of checking in and being around people and being honest about those deep feelings. Not trying to solve them but just coming back to the breath and breathing through them.

That’s beautiful. And coming back to your music – do you have any pre-show rituals that get your creativity flowing and into that sweet spot of performance?

I think personally if I try too hard to find the sweet spot I just won’t find it. It’s about trying to relax and not thinking too hard about it I think. A bit of a warm-up, a bit of a stretch, and just having some quiet time. Making sure everyone’s in a good space. Then when it comes to the performance, everything takes over and I’m really energetic. I feel like my job is to project my energy out there and I want to connect with the crowd.

If you’d love to join us, you can take a look at our ticket options here. 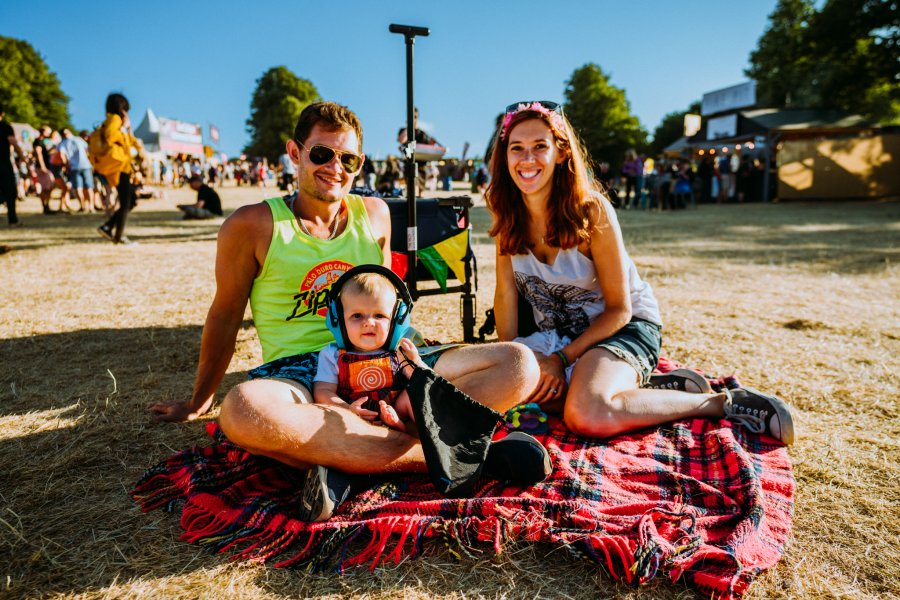 Do you want to dance and celebrate as a family? Thankfully, New Zealand is brimming with incredible family-friendly festivals. ____ Raising conscious, curious, and creative kids is a team effort. This is why festivals are such a perfect… read more 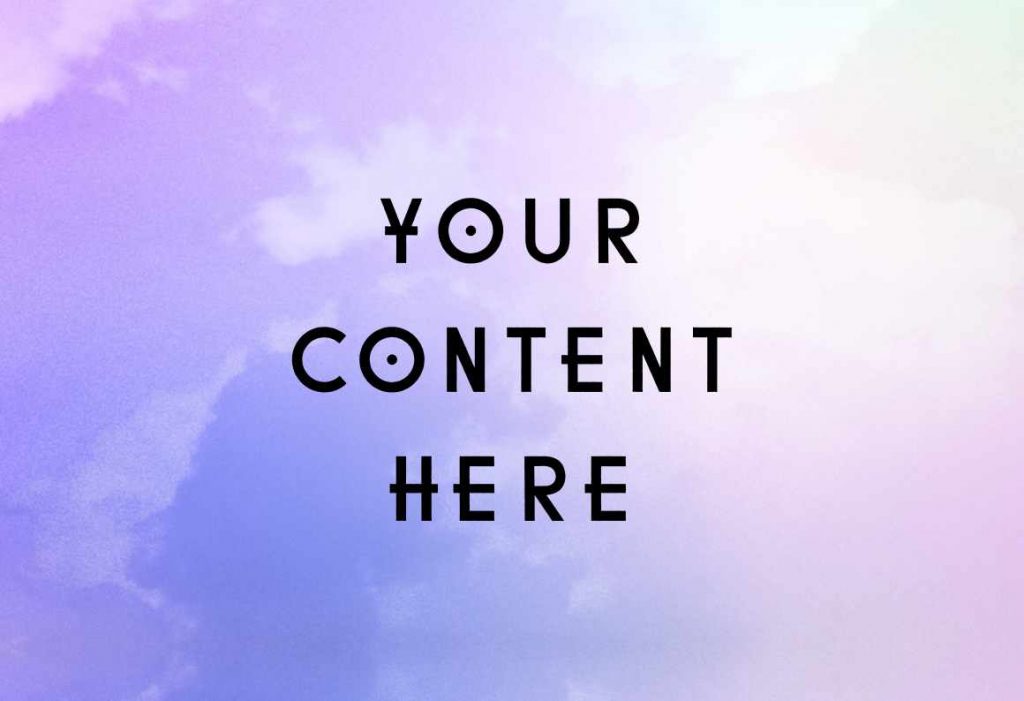 Write For The Blog

We always love discovering stories, thinking, and expertise from writers on any topic. If you want your stuff to be featured here let us know by dropping us a line. — community@earthbeatfestival.com We welcome the collective intelligence of our… read more 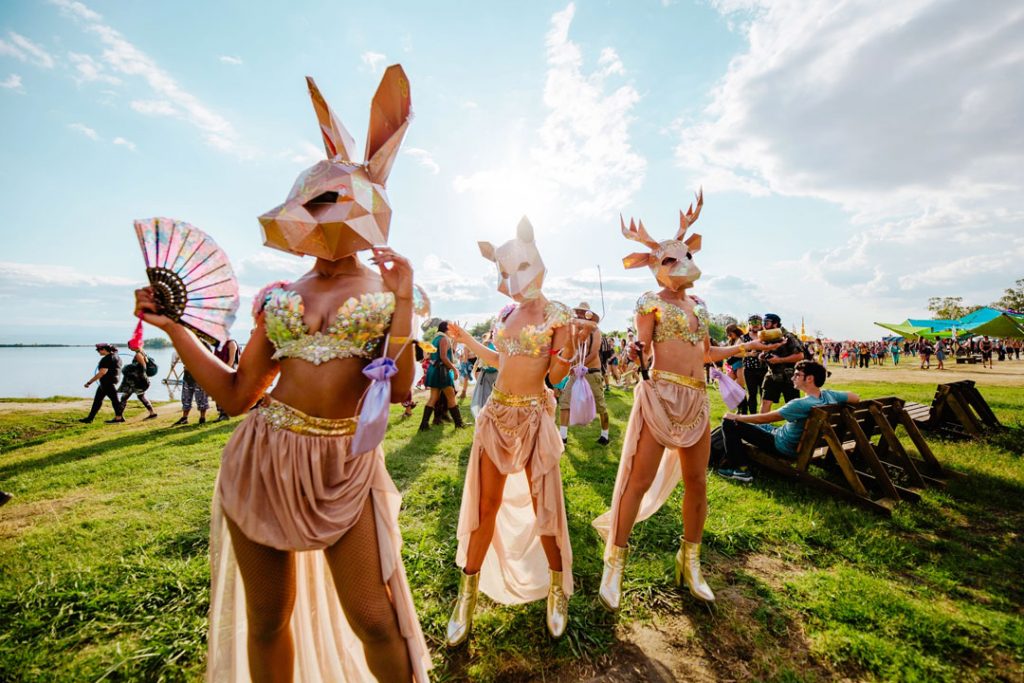 One way to see New Zealand’s beautiful landscape, take in exceptional sights, and chat with locals, is to go festival hopping around the country. Dive deep into New Zealand’s music festival scene and you won’t regret it. Dance to the rhythm… read more